Verschoor pleased to bring home points after ‘race of survival’

Interview Richard Verschoor on Formula 2 website - Richard Verschoor spent his Saturday evening Sprint Race with his eyes glued on his wing mirrors, as the Trident driver put on one of his strongest defensive performances of the 2022 campaign to finish fifth.

With overtaking opportunities in abundance around Spa-Francorchamps, the Dutchman’s task to hold on to a potential podium was made even harder from the get-go. Struggling for grip on his yellow-walled medium compounds, he was forced to hold off a parade of cars behind before a late Safety Car appearance on Lap 11 left him a sitting duck for Felipe Drugovich to pick off on the final lap, as the MP Motorsport driver took full advantage of swapping on to the softs for the final four racing laps.

Bouncing back from a bad start, Verschoor admitted his race of endurance was difficult to overcome, having been left with questions as to why his tyres faded off so quickly compared to those around him.

“It was definitely a race of survival. After midway through Lap 2, I was thinking how am I going to survive the race because the rear tyres were just gone, which was strange for me because that was a bit quick. After the race, we straightaway understood why that happened so at least I’m happy that we have an explanation for that. More people dropped off at some point, but in Lap 4 or 5, but not in Lap 2 already – so that’s why I lost my podium position.

“Then I defended the whole race to keep Théo behind and then at the end with Felipe it was good fun for me because I love racing, but I would prefer it to be the other way around.”

The secret to Verschoor's success
Putting his foot to the floor in one of the circuit's most challenging sections, up through Eau Rouge. This allowed him to get strategic, holding just enough pace to avoid losing out to those with the slipstream behind and cause them to wither away their tyres, much to his advantage after the Safety Car bunched the field back together.

“Just keep it flat in Eau Rouge, that’s all I did! When you’re behind I think it’s a bit more difficult to take it flat and also people were struggling with their rear tyres, but I was just trying to focus on the exits which is important but not that easy if you don’t have any traction because the rears are gone. In the middle of the lap in Sector 2 I could focus on myself, but in Sector 1 and Sector 3 I had to look in the mirrors."

Positive race
Securing his best result since the Baku Feature Race, Verschoor was happy to see the positives after his early issues and believes that should he and his Trident team be able to put all the pieces together for the Feature Race, they could be in the hunt for their first double points finish since Round 2 in Jeddah starting in the thick of the action in P7.

“Definitely - especially when I’m not so happy with how I felt and that we still ended up P5, I think it’s reasonable. Looking forward to Sunday, hopefully we can solve the issue that we had which should be an easy fix.

“Anything can happen. I’m happy that we qualified in the top 10 in P7 because with strategies for you can play a tiny bit. People in front will take the aggressive one maybe, but we can go for the less aggressive one. Of course you never know with Safety Cars and stuff, but we definitely have all to play for.

“I think we’re starting to find a good pace, we just need to try to make less mistakes as a team because this is what is preventing us sometimes from having points. Also, today could have been much worse, so I’m happy that we ended up being P5 and some good points with that. 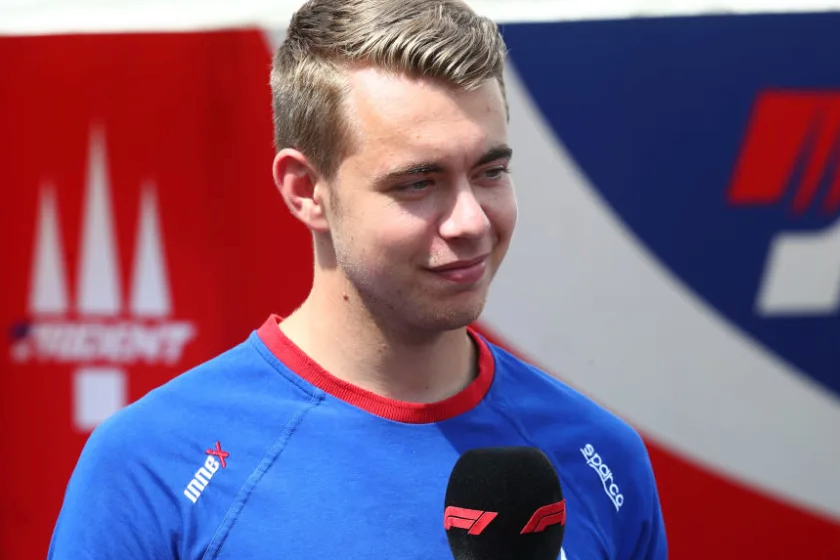