Richard Verschoor extends his contract with MP Motorsport for another season in the FIA F3 series!

Macau winner Richard Verschoor decided to stay another year in the FIA F3 series. The 19-year old racing driver from Benschop is happy to stay with MP Motorsport, and continue with the KNAF talent program supported by Team NL.


Verschoor will race another year in the FIA F3 championship after ending 2019 with a highlight-winning, the FIA F3 World Cup in the streets of Macau. The sucess became a fact after scoring a 4th place 3 times, first on Paul Ricard, followed by a double 4th place finish in Monza. Which was his strongest weekend in his first season of FIA F3.

In the FIA F3 team of MP Motorsport, Verschoor will be joined by Lukas Dunner and countrymen Bent Viscaal. Besides that, the support of the KNAF supported by Team NL, will continue again for the 2020 season. The KNAF has been supporting Verschoor already since karting.

“I’m extremely happy to continue chasing my dream together with MP Motorsport and Team NL in the FIA F3 championship”, explains an excited Verschoor. “Last season we got a lot better during the second half of the season, followed by our win in Macau. I want to continue this flow during the 2020 season. I’m confident to fight for the top steps of the podium this season.”

Verschoor starts his fifth motorsport season in 2020. In 2016, he made his debut with two titles in Formula 4. This was followed by a season and a half in Formula Renault, after which Verschoor made the switch to the GP3, the predecessor of the current FIA F3, in mid-2018. 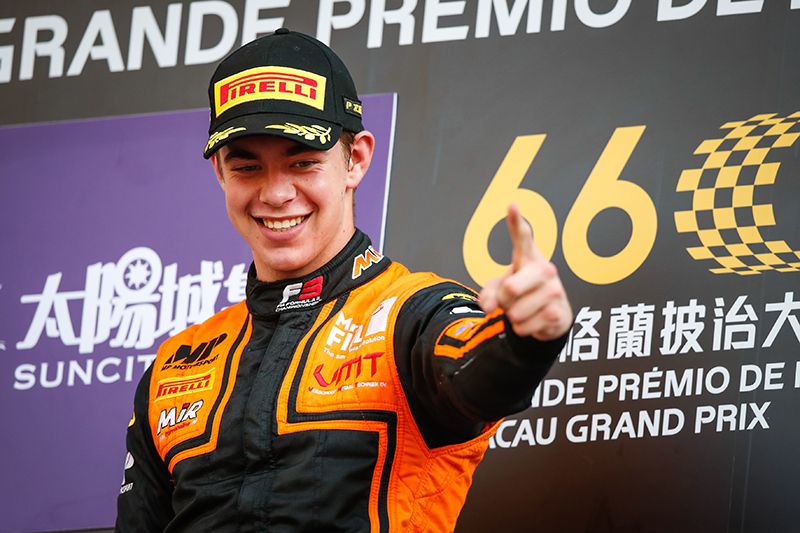